How an Ancient Kaftan went on to Become a Global Style Amidst skinny jeans and jeggings, rocking the fashion world is the "kaftan" or "caftan". A loose-fitting, voluminous piece of clothing, Christina Hendricks is the first modern actor to revive the Kaftan and bring it back on-trend. Even celebrities such as Jessica Simpson, Beyonce, Uma Thurman, Kate Moss, and Mary-Kate and Ashley Olsen rocked their style with Kaftan dresses effortlessly.

A Persian word - Kaftan is a garment style that is believed to have been originated in Ancient Mesopotamia. Having an "ethnic" look, it is believed that the Ottoman sultans from the 14th to the 18th century wore extravagant kaftans. It was made using various fabrics as well such as silk, wool, and even cotton.

The Kaftan dresses were so luxurious that it was gifted to prominent dignitaries and generals.

Worn by both men and women spread across Iran, North Africa and West Africa, the reason Kaftan was invented was to fight the hot, humid climates of the region. The loose silhouette helped people with proper ventilation and lowering a person's body temperature.

The caftan robes design and styles varied from region to region and had their own names. While the Japanese flowing robes were named as "kimonos", the Chinese invented big-sleeved robes called "hanfus". The West Africans brought on the name "boubou" or "Senegalese kaftan" which is similar to hanfu (the wide-sleeved robe), Indians created a slimmer-fitting long jacket known as "sherwani".

It was not until the 1950s and 1960s that Kaftans started appearing in the fashion world when French couturiers such as Christian Dior and Balenciaga rediscovered it and created a new form of a loose-fitting evening gown with matching trousers.

Here are a few reasons why you should wear Kaftan.

Kaftandresses come in a one-size-fits-all design which makes it a natural choice for women of all body types regardless of the age. Anyone can look good in Kaftan be it a thin or a fat person. As a matter of fact, these dresses are a great option for plus size women.

Kaftan dresses are light and breezy to wear that makes you not only comfortable but equally relaxed. Ideal to wear on any occasion, you can wear Caftans while shopping or home kitty parties or just about any occasion. A classy attire, Kaftan dresses can even be worn as nightdress. The dresses are made of soft fabrics such as polyester and cotton that are also smooth on the skin.

Kaftandresses arrive in numerous designs and patterns making it an amazing choice to have in your wardrobe. Be it embroidered thread, colourful threads and abstract designer prints, you have myriad colours and prints to choose from.

Perfect for beach cover-ups, Kaftans are an excellent choice as they are not just easy to wear but also fantastic support for holiday trips. You can match any accessories with Kaftan dress. For instance, wear tribal necklaces, get a bohemian hairdo, pair it with ethnic footwear and good makeup. That said, Kaftans also functions to block you from sunburns when you are on the beach.

In times of pregnancy, a woman needs to wear a cosy, lightweight and loose-fitting attire for obvious health reasons. Kaftan is the ideal attire during the maternity phase as it can be easily worn because of its moveable design.

While designer Kaftan dresses are quite expensive, you can always wear kaftans available online from top brands at a decent price. 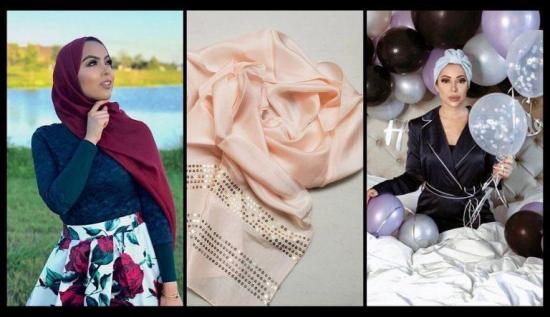 Eco-friendly, also known as environment-friendly is a term that is ...

Abayas have become an iconic piece of art that celebrates modesty a... Many people are aware of what an Islamic woman should wear and dist...